We’re working on a new map pack called The Core Worlds.  They started out based on real world locations and have been subsequently balanced.  Unlike most of our map packs, this one is not really designed for multiplayer but rather designed to make for interesting single player experiences.

Part of the appeal of this map pack is having them be asymmetrical.  This means that the map positions - both in terms of geography and resources - are different from player to player.  So how do we make sure it’s “fair”?  The answer: lots and lots of AI vs. AI simulation.

Here is one such example on a map called Gibraltar which started off based on my home town and has been adjusted almost beyond recognition (I had to use mountains to prevent bombardment rather than basins which reflect the canals of my home city). 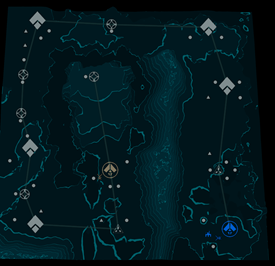 As you can see here, this tiny map is not remotely “balanced” geographically.  Instead, it’s balanced via resources and distances.

Before we do much initial balancing at all, we send it off to our MVP testers to see if the general design of the map is something they find interesting and get overall feedback on the broader strokes.  Once we get that back, we go to town on the serious balancing and iteration. 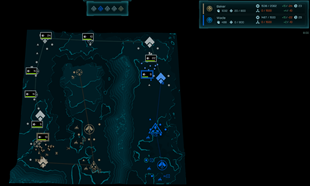 We keep a close eye on the resources coming in at various stages and then see who “wins” over a best of 3 to see if there’s an imbalance.  We then try it for different AI types and PHC vs. Substrate.

If you’re really into multiplayer for Ashes of the Singularity, you may not find this map pack your cup of tea (though we had quite a bit of fun during various iterations). But maps designed with the AI in mind that are balanced like this can result in a lot of fun.

When testing against the AI as a human, I take advantage of things like the artillery and Artemis units and then can crank the AI up higher than normal to see if it can overcome some of my strategic advantages.

When doing balance and AI vs. AI, it’s amazing how just a single additional metal deposit can make a huge difference.  It’s challenging but quite rewarding to see one of these maps come together. 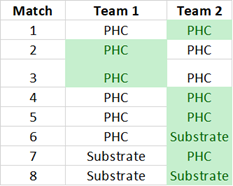 Starting position 2 is a bit OP still.  And so we give one more metal to position 2’s starting location and try again.

Now in this series, Team 1 does much better but the Substrate struggles in position 1 because of this: 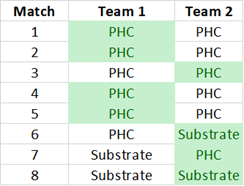 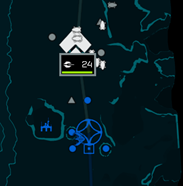 The guardians are able to kill off a radioactive early on pretty reliably which essentially prevents them from expanding.  So we go back and tweak the positions of the resources to prevent this.

And so we do it all over again.  And again.  And again. And this is just one map.  You can imagine how time consuming it is, but that’s the point of a map pack DLC.  The player wants to know that some care and effort has gone into this to make sure that it’s balanced. 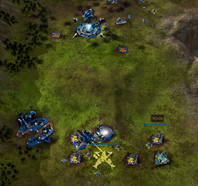 By moving these, you end up with a much better result.

Now, what we want to do is end up with team 1 having a slight advantage (location 1) because location 2 actually is a better geographic location when played by a skilled human.  So ideally, team 1 will win most games. 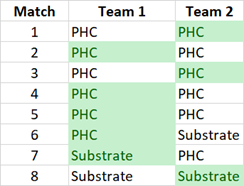 Once it seems reasonably balanced for the AI, it’s time for me to do more testing. 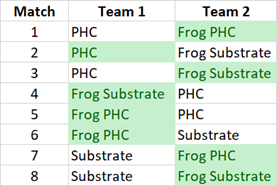 I can pretty reliably win until Tough AI is picked, at which point I have to be very careful.

This map DLC should be out this month! Hope you like it! 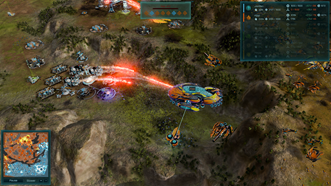 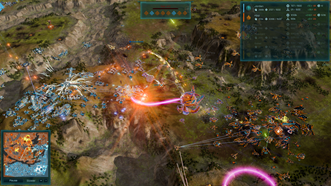 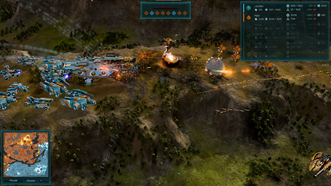 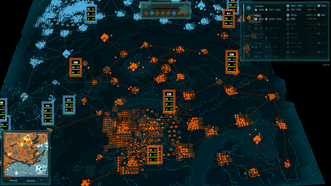 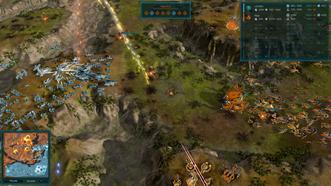