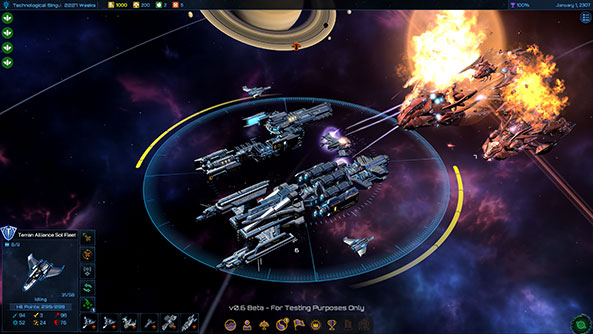 The newest installment of this award-winning space 4X strategy sandbox game series has had many new features added during the course of its alpha phase, and the features will just keep on coming as development continues.

As the all-powerful leader of a spacefaring civilization, you must seek out new star systems and discover the exciting potential of the subspace realm. There are thousands of worlds to colonize and dozens of civilizations - both old and new - to encounter. 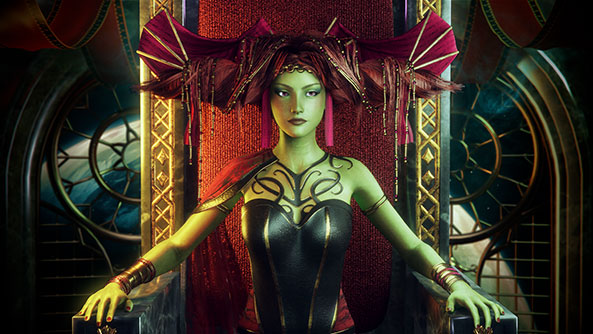 Two new playable civilizations – the Corporate Sector and the Xeloxi – have been released in v0.60, as well as a new loyalty system, leader actions, new galactic achievements, and more. 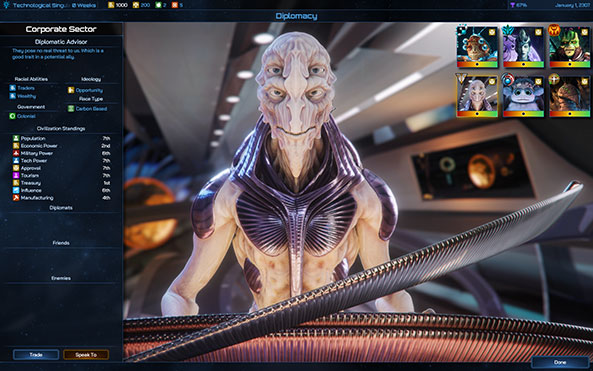 The new loyalty system will have leaders individually determine whether they approve of the player, which is influenced by how their ideologies do – or do not – align. There are now more ways to interact with leaders through giving them gifts, ordering enhancements, firing them from their positions, or even executing them if they become too troublesome. 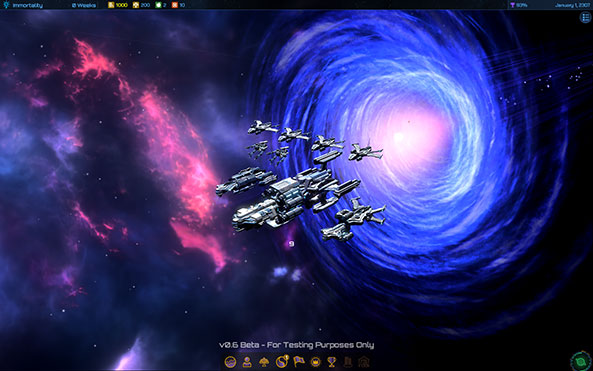 For players who enjoy a challenge, new Galactic Achievements have been added. From trying to survive after every civilization on the map has declared war on you to fighting off waves of space monsters, players will have to really work for these.

The game has been vastly increasing in scope during testing and will continue to do so. AI characters, star sectors, ministers, central control, and a much bigger technology tree are just some of the things that players can look forward to. 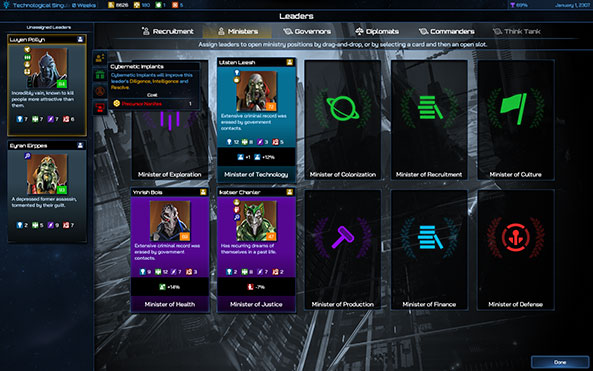