You wanted it. We’re giving it to you.  The Battle viewer.

Beta 2 of Galactic Civilizations IV brings back the Battle Viewer and a new After Action Report.  It’s pretty basic for Beta 2 and we plant to add a lot more to it.

Today, I’m going to talk about what is already in it and what we plan to add.

The viewer and the after action report

There are really two elements here that players tend to want to see:

Their ships in action to see how different designs are stacking up and an after action report to look at the data from the big picture.

For beta 2, we did some cosmetic work to make the battles look a lot better 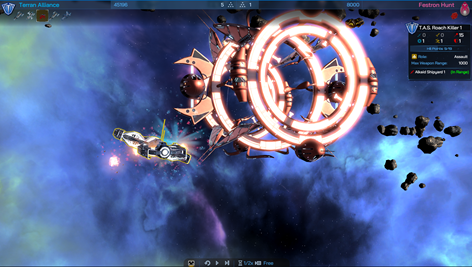 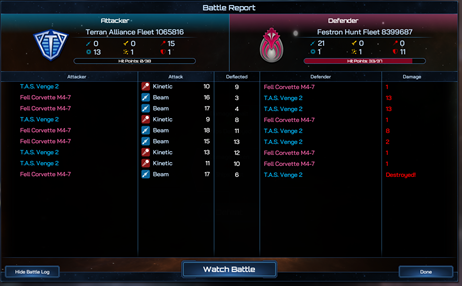 We have a lot more data planned for Beta 3 but we wanted to get this out in time for Beta 2.

Additionally, we have some ideas for how these battles should work that we’d like your feedback in the comments such as:

More meaning to the ship roles.  Right now, ship roles mostly affect the placement of a ship in the battle arena but this is something that could be fleshed out to reward more thoughtful fleet creation.  Here are some ideas:

The type of ship determines the order in which the enemy can target them:

This way, players can assemble fleets with additional strategy behind them.

I know a lot of people want tactical combat but let me, for instance, show you my current game: 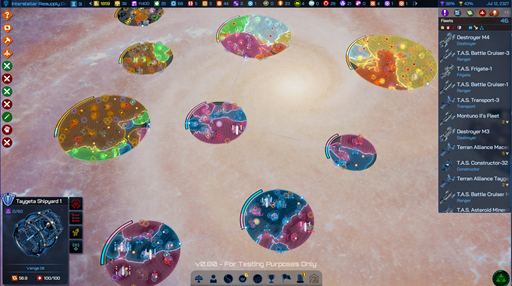 This isn’t even the largest map size. Not even close.  I have a dozen battles each turn and I can barely keep track of one fleet versus another in terms of what it’s good at or not let alone have any desire to micro manage a battle or even set up a battle at the start of the battle.  And I am not interested in having an AI choose (badly) for me.

But I am definitely open to the idea of the assembling of a fleet mattering more as well as the design of the ship.  I.e. rewarding the logistics of war versus the tactics of war.

What are your thoughts?